Come to Laurel Golf Course for a challenge…

The 18-hole course at the Laurel Golf Club facility in Laurel, Montana features 6,923 yards of golf from the longest tees for a par of 72. The course rating is 71.3 and it has a slope rating of 129 on Blue grass. Designed by Theodore Wirth, the Laurel golf course opened in 1967. 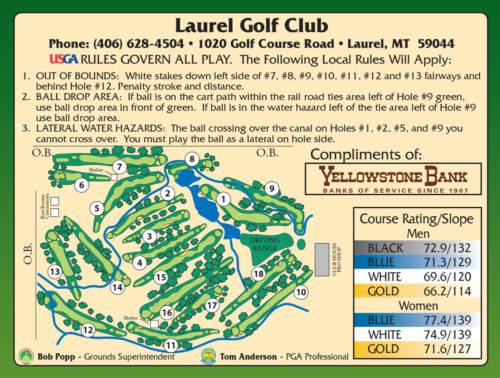 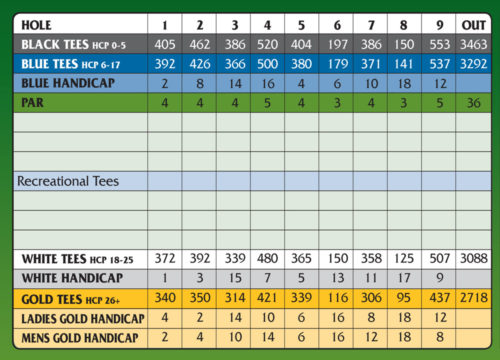 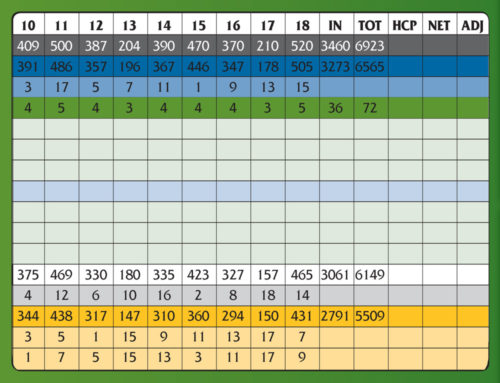 We’ve taken some flyover videos of each hole as well as provided the yardage, handicaps, and aerial view for your convenience. The footage was recorded with a remote control drone camera. Use the buttons below to view the videos posted to YouTube.

Laurel Golf Club has made it a priority to create and encourage a friendly, professional atmosphere for our members and staff. Click the link below to learn more about the rules and regulations that members and their guests adhere to, and read the latest rates for utilizing our spectacular club.

History of the Course

Governor Babcock’s busy schedule did not permit him to stay for the day-long activities, but the Governor promised to return some day to play a round of golf on the course. Governor Babcock who quipped, “I’m glad this wind was blowing before I arrived, or I’d be credited with that too,” commended the association for a fine recreation area.

Some new memberships in the association were received during the open house Sunday and “a lot of promises to join”, Harry Smart said. Favorable comment was received about the course after golfers had completed play on the front nine, Vern Burks association golf pro, said.

The first foursome on the course was Smart, Lackman, Max Long, and Bryant Nutting. A very good response was received from golfers even after the opening day. Ardent golfers could be seen on the course at just about any time during the day this past fore-week.
“Many visitors” came throughout that opening day to golf, to partake of the smorgasbord being served at the association clubhouse.